Concerns rise in a recent tax reporting proposal from Washington. The Biden Administration is pushing a sweeping expansion of tax information reporting aimed at raising revenue to help offset the cost of additional spending programs in the American Families Plan.

The proposal, if enacted, would require banks to report to the IRS detailed information on the inflows and outflows of every customer account above $600. In addition, this would increase the cost of tax preparation for individuals and small businesses and could discourage some consumers from joining the banking system.

As proposed by Treasury, with a $600 threshold for gross inflows and outflows, nearly every bank account in the country would be captured by this newly proposed requirement. Today banks report a tremendous amount of data to the IRS, who publicly states it does not have the capacity to utilize all the data. Under the new proposal significant additional information, such as loan payments or transfers between a taxpayer’s various bank accounts, would be captured and reported.

Congress is expected to vote on this new proposal in the coming days.

If you oppose the proposal, you can contact your Senators and Congressman/Congresswoman at the link provided by The American Bankers Association: aba.social/ContactCongress.

Len Howell brings 35-years of banking experience to South Atlantic Bank. He will serve as our South Coast Regional Executive Vice President where he will oversee commercial lending and regional executives.  Len’s territory ranges from Charleston, south to Hilton Head, Beaufort, and Bluffton. He looks forward to the challenge of building the bank’s presence in […]

You might consider switching banks for a host of reasons. You could be moving, or perhaps your banking relationship has grown tired. Maybe you want more personalized service from a truly local bank. Whatever your reason may be, it’s never been easier to switch to South Atlantic Bank. Follow this easy guide for how to […] 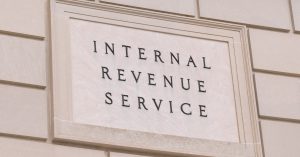